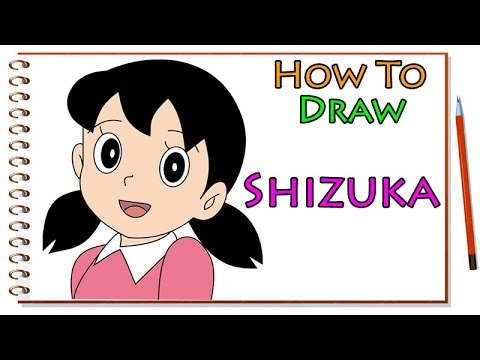 Doraemon (Japanese: ドラえもん) is a Japanese manga series written and illustrated by Fujiko F. Fujio. The series has also been adapted into a successful anime series and media franchise. The story revolves around a robotic cat named Doraemon, who travels back in time from the 22nd century to aid a pre-teen boy named Nobita Nobi (野比のび太 Nobi Nobita?).
Shizuka Minamoto (源 静香みなもと しずか Minamoto Shizuka), or Sue in the American and UK versions, is a girl and one of the main characters in the series, being the main female character. In the future after marrying Nobita, she is also known as Shizuka Nobi or Mrs. Nobi

Don’t forget to Grab your pencil, eraser, and markers (or color pencils, watercolor, or crayons!)

I would love to see your Shizuka Minamoto, Doraemon drawings! Please leave a comment when done

How to Draw Doraemon Shizuka Minamoto

How to Draw Doraemon – Doraemon

How to Draw a Cute Smiley Turtle – linda tortuga

How to Draw Cute Pencil with Smiley Face

How to Draw Emperor Fish

How to Draw Phineas

How to Draw the Boss Baby

How to Draw a Cute Rabbit

See you all soon